'New, confident, and weird' --- I CARE IF YOU LISTEN
'an album of quietly complex emotions.' --- The New Yorker 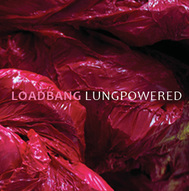 Each of the new works explores a different approach to writing for this unique ensemble. Alex Mincek's 'Number May Be Defined'  is a rhythmically active and driving work, focusing on blending the sounds of the instruments and the voice together. It explores muted sounds in the instruments as well as the voice, with a frantic and mechanical force, traveling swiftly between sound worlds until the instruments and voice fuse together.  Brazilian composer Alexandre Lunsqui's Guttural I-III explore an entire world of this fusion, creating a chamber music in the truest sense, and molding the four performers together to constitute one single body.  Icelandic composer David Franzson's 'Longitudinal Study #1' exists on the brink of silence, creating a frigid landscape of air sounds and swells. It creates a sparse and elegant beauty evocative of the composer's homeland. Scott Worthington's 'Infinitive' uses text excerpted from soliloquies in Shakespeare's Hamlet: 'Now I am alone.  Safely stowed. But soft, what noise?'. The most famous and eponymous soliloquy, however goes unspoken amidst the gentle instrumental turns.  German born composer Reiko Füting's work titled 'Land of Silence' deconstructs poetry by Kathleen Furthmann, breaking it into its component sounds and forcing them through the instruments, while loadbang's trombonist William Lang's 'There Might Be One More' exists wholly without text, and even without the ensemble's normal instruments; it is a quartet for four diatonic harmonicas.


Bio: New York-based new music chamber group loadbang is building a new kind of music for mixed ensemble. Since their founding in 2008, their unique lung-powered instrumentation (bass clarinet, trumpet, trombone, baritone voice) has provoked diverse responses from composers, resulting in a stylistic palette ranging from whistled Brazilian rhythms and microtonal jazz standards to the decoupled and deconstructed sounds of the second modernity. They have been praised as ‘cultivated’ by The New Yorker, ‘exhilarating’ by the Baltimore Sun, ‘inventive’ by the New York Times and called a 'formidable new-music force' by TimeOutNY. Symphony Space, Miller Theater, Da Camera of Houston, MATA, the Festival of New American Music at Sacramento State University and the Avant Music Festival are some of their recent presenters.

loadbang has premiered more than 200 works, including many written by members of the ensemble. Other composers who have written originals and new arrangements for loadbang include Pulitzer Prize winners Charles Wuorinen and David Lang, Guggenheim Fellowship winner Alex Mincek, Eve Beglarian, Nick Didkovsky, Reiko Füting, and Andy Akiho and Alexandre Lunsqui, who were both recently commissioned by the New York Philharmonic. Not content to dwell solely in the realm of notated music, loadbang is known for its searing and unpredictable improvisations, exploring the edges of instrumental and vocal timbre and technique, and blurring the line between composed and extemporaneous music. To this end, they have embarked on a project to record improvisations and works written by members of the ensemble. These recordings are designed, fabricated, and released in hand-made limited editions.  They can also be heard on a 2012 release of the music by John Cage on Avant Media Records, a 2013 release of the music of loadbang member Andy Kozar on ANALOG Arts Records which was called ‘virtuosic’ by The New Yorker, and a 2014 release on ANALOG Arts Records titled Monodramas.

loadbang is dedicated to education and cultivation of an enthusiasm for new music. They have worked with students ranging from elementary schoolers in the New York Philharmonic's Very Young Composers program and the Baltimore Symphony Orchestra’s OrchKids Program to college aged student composers at institutions including Princeton University, Cornell University, New York University, Yale University, Peabody Conservatory, and the Manhattan School of Music. They are in residence at the Greenwich House Music School in New York City and the Charlotte New Music Festival.